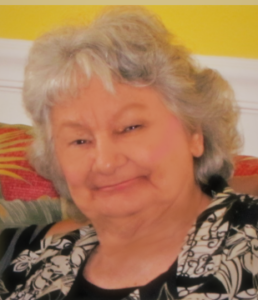 Lucille Ella Martocci, 86 of Apopka, passed away on September 18, 2019 surrounded by her family. Born on October 9th 1932 in Bridgeport Connecticut to Cecile Mae and Arliss Gill Blake.

Mrs. Martocci was a resident of Winter Park, Florida since 1972. Moving from Milford, Connecticut with her husband, five children,a dog named Meekie and a parakeet named Pretty Boy.

After raising her children, and being a homemaker for 30 years. Lucille attended Valencia Community College earning several certificates in order to join the work force. She graduated from Stromberg-Carlson Customer College and went on to work for the Central Florida Blood Bank as a Telephone Recruiter in 1980, she retired in 1993.

Lucille’s greatest joy was sports, mostly college football and golf. She loved the Lord, Jesus Christ and enjoyed reading her Bible. She loved collecting cardinals, poetry clippings and receiving flowers. She was a generous donor to multiple charities, her favorite, Paralyzed Veterans of America.

Mrs. Martocci is preceded in death by her ex-husband, father of her children Dominic D. Martocci Jr. (2010). Three brothers and two sisters of Connecticut.

Lucille was loved and will be greatly missed by all. A Memorial service will be held at a later date.