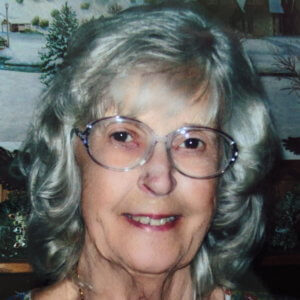 Diane Shirley Shaw Anderson, 85, of Zellwood, Florida, passed away August 13, 2020, at Avante in Mount Dora, Florida, with her family by her side.

The early loss of Diane’s mother would forever impact her and shaped the woman she became.  Family was everything. Diane began her volunteerism with Girl Scouts and 4-H in Ohio. After moving to Florida, she was a Cub Scout Den Mother, Boy Scout Troop 601 sponsored by the First Presbyterian Church in Apopka and served as a commissioner on Central Florida’s Boy Scouts Round Table.  She was a 4-H parent, supporter, teacher and active volunteer for 30 years for the University of Florida. Diane was extremely proud to be hired by the University of Florida to help promote 4-H clubs to rural and inner cities youth with the message, “There is something for everyone, and if you don’t find it, we’ll help you create it.”  The George H.W. Bush Points of Light, an international foundation, presented her with Orange County Citizen’s Commission for Children, 1998 Children Must Count Awards Honorable Mention for her commitment to the children, youth, and families of Orange County, Fl.   Orange County Chairman Linda W. Chapin and Citizen’s Commission for Children challenge the entire community to follow your lead and take responsibility for the successes of young people and their families.  Your work is a shining example for all citizens of Orange County.  At the very first Florida 4-H Hall of Fame induction, she was awarded  the “Hall of Fame for Life Time Achievement.”  She was known by the 4H family as a “Cool Mom” and “The Energizer Bunny.” Lucille Barfield said it best of mom: “She always has a kind word to share with a volunteer or 4-H’er who might be feeling overwhelmed.  One of Diane Anderson’s greatest strengths is bringing out the best in others.”

She was born to parents Eldridge and Ethelwyn Williams, on January 19, 1935, of Columbus, Ohio.

Diane married her loving husband Harold August Anderson, on August 11, 2001, and for 12 years resided in Zellwood, Florida; she was predeceased by her husband in 2013.

In lieu of flowers, please make contributions in memory of Diane Shawn Anderson to the Dementia Society of America by mail to PO Box 600, Doylestown, PA 18901, or online at www.DementiaSociety.org/donate.