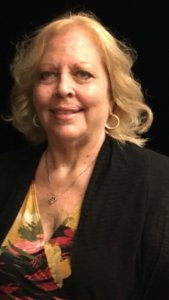 Barbara Anne Kahoun, beloved wife, daughter, sister, aunt, God Mother and child of God entered into eternal rest on July 31, 2020, she was 63 years old. Barb was born in Detroit, MI on July 27, 1957 to Veronica Lister Kahoun and the late John Francis (Jack) Kahoun.  The family moved to Apopka, FL in 1968, where Barb graduated from Apopka Memorial High School in 1975.  She worked her entire career with Sea World of Florida, retiring after 30 years around 2003. Barb was married to the love of her life, Leann Stein, first in a commitment ceremony on July 27, 1997.  They legalized their union in Washington, DC, on July 27, 2014.  They had just celebrated their 29th Wedding Anniversary. In addition to Leann, she is survived in this life by her mother, Veronica Kahoun; her sisters, Theresa Thomas (Roger), Jean Wilson, Rosemary Free (Terry), Mary Perry (Rich) and Julie Brooks (Glenn); her brothers, Jack Kahoun (Joanne) and Patrick Kahoun, Sr.  She was the beloved aunt to 13 nieces and nephews (Brittany, Colleen, Isaac, Sarah, Brian, Zack, Lauren, Patrick Jr, Josh, Tommy, Jaclyn, Caleigh, Joey), and 4 grand-nieces and nephews (Timmy, Natalie, Alexander, Kylar).  She was Godmother to Brittany Thomas and to Ava and Kai Santana. Barb was preceded in death by her beloved “Gaga”; her father, John Francis (Jack) Kahoun and her sister, Linda Kahoun Torres. Due to COVID-19, no services are planned.  If you knew Barb, you are aware of her enormous heart, the love and kindness she extended to all humanity;  her fond affection to animals–in particular, her beloved beagle, Shiloh, and her cats, Tiger and Dexter.  Barb’s wish would be for you to mend a quarrel and practice an act of kindness today in her memory.

Cornerstone Hospice provided care and dignity in Barb’s final days.  In lieu of flowers, please consider a donation to them at 5601 S. Orange Ave, 5655, Orlando, Florida 32809.