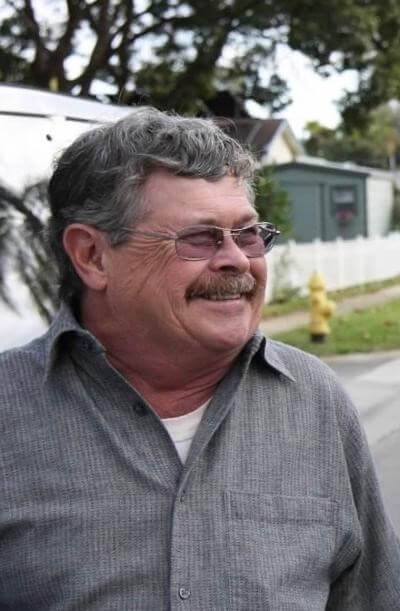 Ronald (Ronnie) Keith Maggard, age 72 of Apopka, Florida passed away on Saturday April 18, 2020. Ronnie was born in Akron, OH on August 28, 1947.  There had to be music playing in the background as he came into this world as music was one of the loves of his life.  Ronnie is preceded in death by his parents, Gladys and Paul Maggard. Ronnie is survived by his longtime love of his life; Gail Tinsley of Apopka, FL, Brother David Maggard of Mount Dora, FL, Sister Gloria Maggard of Johnson City, TN, Sister Sheila Maggard of Johnson City, TN and Brother Gerald and sister in law Jan Maggard of The Woodlands, TX.  Ronnie was a proud uncle to Shelley Maggard Griffis of Longwood, Fl, Bethany Maggard Marshall of Spring, TX and Lisa Maggard of The Woodlands, TX.  He was an awesome uncle to his nieces and he loved every minute he got to spend with them. Ronnie also had great nieces and great nephews which are; Evan Griffis, Austin Griffis, Kylie Marshall, Blake Marshall, Austin Marshall and Victoria Maggard. Ronnie loved animals and Lela his Black lab will miss him very much. Ronnie worked at Craft Boats in Orlando, FL and various other jobs until he found a place that really needed his talents.  Ronnie became a fiberglass artist at Disneyworld where he helped build the Swiss Robinson Tree House until he started his own business which was Fad Signs that was established in 1985, in Apopka, FL.  He continued working for Disney as a contract personnel and in his business of Fad Signs was when his real talent began to take off.  He was an artist in every shape of the name. Along with his talent for arts, his real love of his life was music. Ronnie started his first band in High School and it was a 5 piece band called “The Swinging Cobras” and then later on “Tailgators” Ronnie played in various other bands throughout his life and those that knew Ronnie will remember the various bands in which he played.  His favorite music was blue grass music. Ronnie was a musical master and played instruments from Guitar, Steel guitar, mandolin, fiddle and any other instrument with strings he could get his hands on.  Growing up he taught many people how to play guitar but his most memorable student was when his brother Gerald wanted to follow in his footsteps.  They loved to play music together and never missed out on an opportunity to show the Maggard talent off.  Ronnie met many people in the music business and he had a lot of memorabilia that followed his footprints of places he went and people he met. Ronnie received many awards throughout his career in music and work, and one he was very proud of was in 1991 when Operation Desert Storm, The First Gulf War happened and Ronnie took it upon himself to start making T-shirts that said Operation Desert Storm.  His shirts had a breathtaking real to life picture that got everyone’s attention and they were sold throughout the United States with large sales in Florida and Texas with the proceeds being donated to “United Way” Ronnie’s most recent award was given to him at the Apopka Proud Concert in April of 2019 where John Anderson and Sawyer Brown played.  The Mayor of Apopka, FL -Bryan Nelson presented a Proclamation from the city of Apopka, FL to Ronnie.  Ronnie was an “Apopka Florida Rock & Roll Pioneer”.   This recognition couldn’t have come to him at a more deserving time in his life.  Thanks to all who helped make this happen. Ronnie was a compassionate and very thankful for all he had in life.  His struggle towards the end of his life is a testament of how he lived life to the fullest as long as he could.  His family and friends will miss him very much but they will never forget all the fun, love and joy he gave to each one of them.