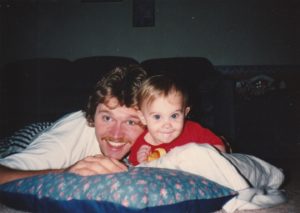 Michael Wayne Piety was born on July 13,1961 at Florida Hospital South to Eugene and Sally Piety. He was followed by a younger brother Jeff Piety. He attended and graduated from Apopka High School in 1979. He opened his own business, Piety’s Paint and Body and continued in the auto body business through his life. He married Cheryl Walker on February 14,1987 at Calvary Assembly. They had one child, Kelle born on May 1,1989. He passed away at Advent Health Apopka on May 26, 2019. He is preceded in death by his father, Eugene Piety. He is survived by his wife, Cheryl, daughter Kelle Lee, and grandchildren Keelan and Emma Lee. He is dearly missed but always remembered.