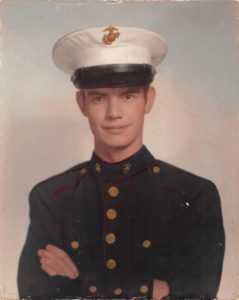 Kenneth was born on June 14, 1941 to Foster D. Grant and Avis M. Langley in Framingham, Massachusetts

His parents have predeceased him, as did his brothers Foster, Jr. and Donald Sr.

He also leaves a sister-in-law, several nieces and nephews and cousins.

Ken volunteered to serve in the U. S.Marine Corp from 1958-1962, including tour of duty in Viet Nam and Cambodia.

He worked for Walt Disney World for 23 years, retiring in 2003.  Visiting Epcot was one of his favorite pastimes after retirement.

He loved to travel on his Harley to such places as the Dragon Tail in North Carolina, Key West, Virginia Beach and his all time favorite Sturgis, South Dakota.  Road trips by car included Nova Scotia, California, Michigan, North Carolina, Pennsylvania.  Some of his favorites trips included Scotland and Hawaii, and cruises to the Caribbean.

One of his proudest accomplishments was winning a trip to Las Vegas with his pool team to play in the APA Nationals.

Other interests included genealogy (where he was able to trace his family back to the Mayflower), playing pool in league play at the Orlando Moose Lodge, and meeting up with “the guys” at Dunkin Donuts.

He was a member of Orlando Moose 766, American Legion, and NRA, APA and Clan Grant.