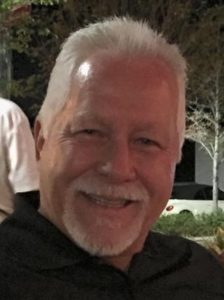 Guy Thomas Dyer, 59, of Mount Dora, passed away peacefully surrounded by family on Monday, November 25, 2019.  Guy was born on June 29, 1960 in Canton, OH.  He was a loving husband, father, son and brother.  He was a member of The Cross Mount Dora.  Having spent many summer vacations in Florida with his family as a child, Guy decided to make Florida his home in the early 1980’s.  In 1999, Guy created a business which has grown to be one of the most successful beverage equipment installation companies in Florida.  When he was not working, he could be found boating in the local chain of lakes or riding his motorcycle along the winding back roads of central Florida.  He had a smile that was unforgettable and a laugh that was contagious.  He was a true gentleman.  He was always available to lend a hand to anyone in need.

He was preceded in death by his father, James Thomas Dyer.  He leaves behind his loving wife, Anita of Mount Dora.  Sons – Corey Dyer of Apopka, Logan Dyer of Apopka, Blake Dyer of Apopka and daughter Tara Dyer of North Canton, OH.  Step-children – Holly Stevens (Chandler) of Tavares and Bradley Walker of Umatilla. Mother – Shirley Dyer of Louisville, OH.  Sisters – Sherri Nordick (Dan) of Louisville, OH and Joy Nordick (Bill) of Fountain Inn, SC.  A Celebration of Life in Guy’s honor will be held at a later date.