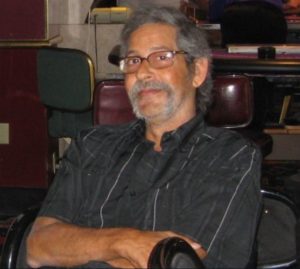 Gerald was born to parents Robert and Janet Schnack on December 10, 1953 in Newark, NJ. He graduated from Columbia High School in 1973 where he earned his varsity letter in wrestling. As a young man, his family and friends described him as selfless and compassionate who did anything to help others, regardless of their circumstances, without asking why. He developed a passion for culinary arts and tried to enroll in the armed forces as a chef to continue his selfless acts for others but was disqualified due to his eye sight. In 1975, he married his high school sweetheart Cheryle Anne DiRocco and moved to Central Florida shortly afterwards where they shared an amazing life. Together they raised 2 children.

Gerald was a chef until he became disabled in 2010 and continued his selfless acts until he passed.

Gerald is survived by his wife Cheryle Anne Schnack; his two sons Jason Stephen Schnack and Daniel Michael Schnack (Malia Huegel Schnack), three grandchildren and one great-grandchild. He was preceded in death by his brothers Ronald Schnack and Leonard Neil Schnack. He will be missed dearly by many loved ones and friends.

A Celebration of Life gathering is scheduled for Saturday, May 25, 2019 at 2:00 PM at 585 Avon Glade Place, Sanford, FL 32771. The family is grateful for the condolences and in lieu of flowers, they kindly request donations be made in his name to the American Diabetes Association, http://www.diabetes.org or the National Kidney Foundation, https://www.kidney.org.