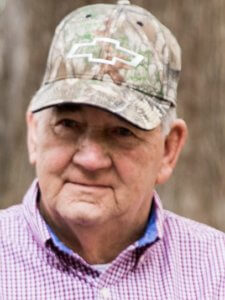 Edgar F. Simpson, age 78, passed away peacefully at his home in Orlando, Florida, Friday, August 14, 2020. He was born on March 28, 1942 in Riverview, Florida to James and Mary (Kline) Simpson being the third youngest of ten children and twin to his brother Edward Simpson. At the young age of 18 he enlisted in the United States Army.  He married on June 21, 1969 to Susan Trulock Simpson and they raised two daughters Jamie and Cynthia. He also had two sons Jimmy and Michael from a previous marriage. He is survived by his 5 grandchildren Stephen, Ali, Brantley, Chris and Grant and one great-grandchild Payton. Eddy was preceded in death by his parents James and Mary; sisters Elaine and Jackie and his grandson Bee. He was a hardworking man who if physically able would have worked until his last day. He went from building bridges in his early years to owning his own construction company “Simpson Concrete” to retiring from the City of Orlando heavy equipment operator. He enjoyed fishing, camping, hunting, traveling and most of all spending time with his grandchildren. He will be greatly missed by so many and will never be forgotten.

We love you dad!