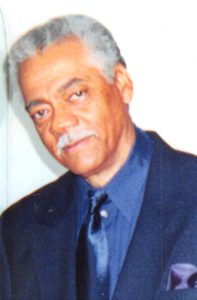 Charlie Freeman, 80, of Apopka, Florida passed away on September 25, 2019. Mr. Freeman was born on December 12, 1938 in Notasulga, Alabama to late parents John and Ocie Greathouse Freeman, graduating from Phyllis Wheatley in 1957. He is preceaded in death by his step mom Ammie Freeman; brother’s John Freeman, Bobby Freeman. Mr. Freeman is survived by his wife Rosaura Freeman; children Donnell Freeman, Darvell Freeman, Mark Freeman, Michell Freeman, Amy (David) Kaplan; brother Joe L. (Laura) Freeman; grandchildren Mikki Byer, Brandon Byer, Laiyah Freeman, Radeyah Kaplan, Alayna Kaplan; great-grandson Logan Freeman; sister-in-law Willie Mae Freeman, Elvera Freeman. Charlie worked as a subway motorman for 20 years in the New York City Transit, he retired after that and moved to Apopka, Florida to live out his retirement. He attended church at Northside Baptist Church with Pastor Don Yates; volunteered at Orlando’s 33rd jail ministry, preached and sang to the inmates with his partner Pascal Robertson. He loved golf and volunteered at the OMYGA. Mr. Freeman will be missed by his many loved ones and friends.