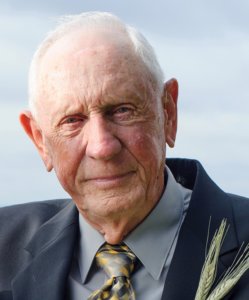 They say “only the good die young” and Saturday, April 25, 2020 we found out just how true that was. My father, Charles “Chuck” Townsend passed away unexpectedly. My dad wasn’t just good, he was the BEST.

Born July 23, 1930, daddy was only 89. He died way too young. Chuck had only been married to the love of his life, Judy Townsend, for a short 69 years. Their story wasn’t finished. They were waiting impatiently for real life to begin again. They had grandchildren and great grandchildren to love and laugh with. They were going to the farm to visit with nieces and nephews, to enjoy friendships that had survived since childhood and yes, if you knew my dad, you know he had more golf to play.

Charles Townsend was born in Bloomfield, Indiana to Norma and Seymour Townsend. Charles was the baby of the family and is preceded in death by his parents, his siblings, Lorraine Townsend Spice, Juanita (Sissy) Hayes, Glen Townsend, and his nephew, James Townsend. Chuck Townsend crammed a lot of life in his short 89 years. After high school, he joined the U.S. Army, graduated from Officer’s Candidate School, finished his commitment and did 3 years in the Army Reserves. It was during his time in the Army that Chuck and Judy had their only child, Le Anne Townsend Ottmann. Our little family moved to Florida in 1958, and my father was involved in building power transmission lines around the Central Florida area. This eventually led to a job offer from Orlando Utilities Commission. It was a career my father enjoyed every day of the short 29 years he spent there. Chuck retired as the Director of Electric Distribution and became a full time husband, father and now father-in-law to Robert Ottmann. More importantly, he now had grandchildren, Jennifer Ottmann Di Cicco, Shannon (Shandy) Ottmann, and later Robert Ryan Ottmann. They traveled, they played golf, and they never missed their grandchildren’s events. Attending T-ball, soccer, basketball, cheerleading, dance and karate. And to be honest, he occasionally let the referees know he was there.

In 2004, Chuck and Judy moved to Zellwood Station and quickly became part of the community. Daddy was frequently seen on the golf course, he served on the water committee as well as the golf committee and was a member of the Red Caps. Our family grew again when Jennifer married Michael Di Cicco and the blessings continued with the birth of Chuck’s (better known as Da’s) great grandchildren. Madeleine and Charlotte (Charlie for short- named for her Da) became the light in an already bright life. Chuck was a member of the 1st Presbyterian Church of Orlando, the Optimist Club of Orlando, the American Legion and the Elks. My father died way too young. He had weekend plans with my mother and he had a golf game scheduled for Monday (and Tuesday and Thursday). Yes, it’s true “the good die young”.

Due to the COVID-19 pandemic, a Celebration of Chuck’s life will be held at a later date. Details will be shared as soon as they become available.

Memorials may be made to the charity of your choice.