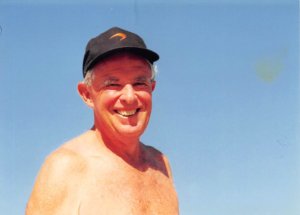 On Wednesday August 5, 2020 Andrew J. D’Amico, loving husband and father of 2, passed away surrounded by his family at the age of 78.

Upon his retirement in 1998, Andy and Pat traveled extensively throughout Europe and Asia.  He retired to Apopka Fl where he was able to pursue his other great passion, golf, which he played frequently.  Andy was always known for his great sense of humor, his amazing short game, and his willingness to help others.

Andy was preceded in death by his father Andy and his mother Judy.  He is survived by his wife Pat, his two children Debbye and Andy, his grandchildren Christine, Stephanie, Kimberley, Luka, and Nikola, his great grandchildren Andrea, Lillian, Carter, and Andrew, his brother Jerry, sister-in-law Lane, Niece Desiree, and Nephew Chip.